The Pressure of Productivity and How to Set an Anti-Goal

When I graduated from my master’s degree program, I set myself a napping goal.

As you might imagine, I was exhausted and in need of some serious rest and recovery. At the same time, it takes time to decelerate from that level of sustained, intense productivity and doing. It was impossible to just come to a sudden halt, so I set myself up with a number of projects to fill in the void. 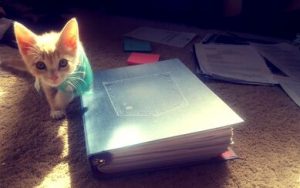 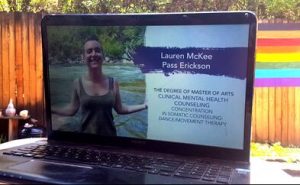 ​I’m one of those people who is good at being active and productive, and can often find the greater challenge to be slowing down, doing less, and allowing rest and spaciousness into my days and weeks. When we are in ‘go mode’ so often, it can be really hard to shift gears. Not only does it take time for our bodies to slow down and re-calibrate to a different, less intense level of demand, but all those pesky thoughts creep in too. Am I wasting time? Being lazy? Who am I to take a nap when there’s so much to be done? Maybe I “should” be doing X, Y, and Z? So many shoulds and judgments rush in to block our states of rest. These are fueled by the false belief that slowing down or stopping a) diminishes what we contribute to the world, and b) diminishes our worth and worthiness to exist. ​

I know, it’s a lot to dismantle.

So in the meantime, I decided to trick myself into the much needed R&R by setting myself a napping goal: 30 naps by the end of the year.

And if the idea of that many naps just made your anxiety spike, you might consider setting a napping goal too.
​
The napping goal worked! like. a. charm. Every time I felt the onset of fatigue, that sleepiness in the afternoon, that desire to just crawl into bed or onto the couch for a little while that usually induces a feeling of guilt and a cascade of “shoulds”, instead I thought “Oh! Wonderful! I need to work toward that napping goal!” And yes, I kept a tally of my naps, adding one satisfying little tick every time I followed the impulse to stop, drop, and sleep.

And do you know the best part about my napping goal? I DIDN’T EVEN MEET IT! Here we are one week from the end of the year, and I still have two naps left to go! But you know why that’s so great? I don’t NEED to finish my napping goal because I’m no longer tired all the fucking time! I feel rested and energized and well paced at the moment, so the naps have become unnecessary. It’s no longer about meeting an arbitrary number of naps, but about tuning into my own needs and creating a regular yet intuitive way to rest. And that’s the beautiful thing. When we allow rest and spaciousness, we actually open up the energy and the drive to do the things we want in a sustainable and successful way. 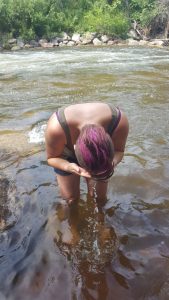 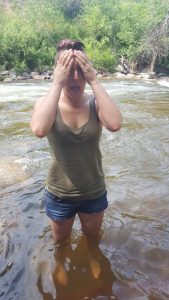 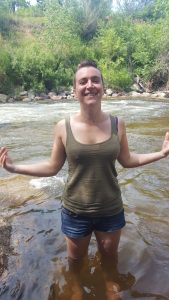 “Well, this is all very well and good Lauren, but you sound a little privileged and disconnected from the world with your 30 naps this year…”

Yes, I absolutely acknowledge my privilege. I benefit from white-skinned, economic, and educational privilege, among others, and these contribute to my ability to create space for myself.

​But let us also return to that little truth-bomb above about worth and worthiness. We live in a society of toxic productivity where our worth as humans is often measured by our contribution and participation in capitalism, where health of the economy is often placed above the health of individuals and communities. Furthermore, oppressive systems (patriarchy, systemic racism, heteronormativity…) demand that people who inhabit marginalized bodies prove their worth and worthiness to exist and take up space. Women and people of color (among other groups) are told to sacrifice and serve for the greater good and that it is selfish to stop, rest, or care for themselves. Existence within these systems is exhausting, Rest becomes radical when it entails saying NO to the oppressive systems that demand our constant energy, participation, and vigilance.

“Caring for myself is not self-indulgence. It is self-preservation, and that is an act of political warfare.” ~ Audre Lorde

(I said it was a lot to dismantle… that’s why you gotta get in those naps!) ​

How to set an anti-goal:

– Choose a non-activity that you find restful and enjoyable, preferably something that you don’t usually make time for or feel guilty for doing. Napping is of course one example, but customize this for yourself. It might be going for a walk, drawing, lying on the floor, or literally doing nothing for a period of time.

– Give yourself a specific and measurable goal related to this. For me, it was 30 naps by the end of the year (which was 7 months away). I recommend choosing a longer span of time like this rather than something you try to do daily or X times per week. Remember, this is an anti-goal so it should feel spacious, achievable, and free of pressure.

– Keep track! Tally it so you can see your progress!

– Bonus points if you give yourself a little reward every time it happens, like a sticker or a piece of chocolate.

– More bonus points if you forget about your goal by the time the deadline has arrived because it has become irrelevant! Irrelevant doesn’t mean that you just didn’t work towards your anti-goal. Irrelevant means that you have been successful

in integrating rest and rejuvenation into your routine. It means you don’t have to tally naps because you just feel rested, or that you don’t need to schedule in time for walks because they have become a natural part of your days. You get the idea. Now off you go!

~ As somatic counselor, I guide clients in discovering their own inner wisdom related to resting and resourcing while working towards their authentic and meaningful goals. If you would like support in this process ​please reach out for a free consultation. ~ 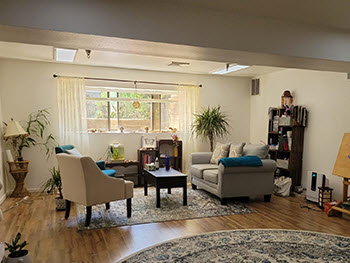